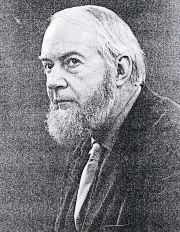 Establishing (with R.P. Bell) the bridged structure of diborane on the basis of its infra-red and Raman spectra. Showing how, within the molecular orbital theory of conjugated systems, perturbation theory can be used to account for the effects of substituents upon chemical reactivity. Discovering (with M.J.S. Dewar) the conditions under which the chemical predictions of the molecular orbital theory will agree or disagree with those of the 'naive' resonance theory, and showing that the reactivity of 2-substituted biphenylenes should be decisive between the two. Accounting for the thermodynamic properties of 'conformal' solutions by statistical-mechanical reasoning based on the principle of corresponding states. Using MO theory to interpret (with M. de V. Roberts) the closed-shell structure of the boron lattice in CaB6 and to predict the existence and stability of the (then unknown) icosahedral anion B12H122-. Correctly predicting (with L.E. Orgel) that the elusive cyclobutadiene molecule C4H4 would form stable complexes with certain transition metals. Extending to polyatomic molecules the basic theory of the vibrational levels of electronically degenerate states; showing that the real wave function of such a state changes sign when adiabatically transported round the conical intersection (thus foreshadowing the concept of the Berry phase); and predicting (with M.S. Child) some of the spectroscopic manifestations of the dynamical Jahn-Teller effect. Showing that the concept of molecular symmetry can be extended from rigid to non-rigid molecules, and proposing a rigorous definition of the symmetry group of a non-rigid molecule. Using symmetry arguments for successfully predicting (with E.W. Abrahamson, simultaneously with R.B. Woodward and R. Hoffmann) the course of various electrocyclic reactions.