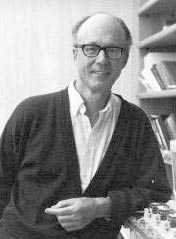 Harden McConnell is a physical chemist who has made significant contributions to the understanding of the relation between molecular electronic structure and electron and nuclear magnetic resonance spectra during the period of 1955 through 1965. He then developed the technique of spin-labels, whereby electron and nuclear magnetic resonance spectra can be used to study the structure and kinetics of proteins and membranes. Most recently McConnell has been involved in physical chemical / biophysical studies of molecules involved in immune recognition, that is, antibodies and molecules of the major histocompatibility complex. He has also carried out extensive theoretical and experimental studies of two-dimensional molecular films at the air-water interface that are related to the biophysical properties of membranes.